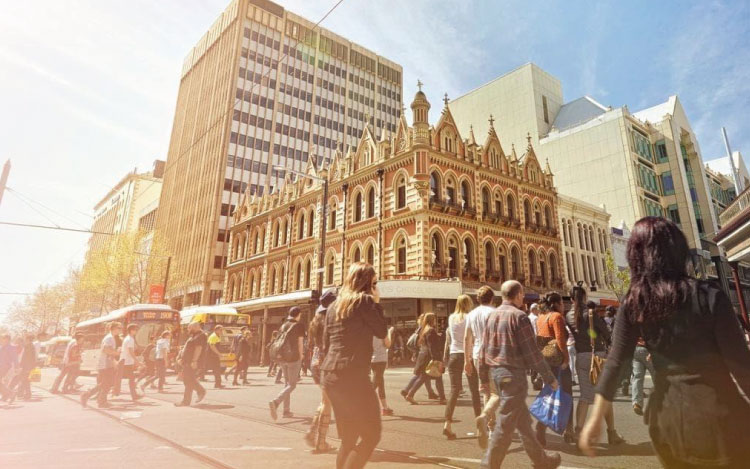 in Australia, with more than 75 percent of its people living in greater Adelaide, while the other population centres in the state are relatively small. As South Australia’s seat of government and commercial centre, Adelaide is the site of many governmental and financial institutions. Most of these are concentrated in the city centre along the cultural boulevard of North Terrace, King William Street and in various districts of the metropolitan area. Today, Adelaide is noted for its many festivals and sporting events, its food and wine, its long beachfronts, and its large defence and manufacturing sectors. It ranks highly in terms of liveability, being listed in the Top 10 of The Economist Intelligence Unit’s World’s Most Liveable Cities index in 2010, 2011, 2012 and 2015. It was also ranked the most liveable city in Australia by the Property Council of Australia in 2011, 2012 and 2013.